M20001 wrote: ↑
Sun May 23, 2021 6:23 pm
I dont think you have a chance to be succesful with this, as far as I know, the conversion between greenbox and ESC is secured over challenge - response, google for it if you dont know what it is. the only way would be to reflash the combox with a firmware from a older one, but I dont know how to dump and then flash the firmware of the combox.

1. The unclocked firmware works only if the scooter has a combox with the version V2.3.0.0 not with version V2.4.0.0
2. We can't downgrade the combox version from V2.4.0.0 to V2.3.0.0 because we don't know how to dump/flash the combox.
3. We can't subsititue the combox V2.4.0.0 with something that will emulate the combox V2.3.0.0 (like an arduino) because cannot analyze the the communication between the combox and the controller, due to some Challenge-response authentication security measures.
4. The MCU is still flashable on newer version of the GEN 3(just add header pins yourself)

Ok, now here is another idea which might be more feasible...

What if we use the Blue Pill development board which seems to have the exact same MCU (STM32F103C8T6) as on the Lime Gen 3 Controller's board, to write a completely new firmware ?

I know that we don't have the schematics of the controller but, we can still reverse the PCB itself.

Here is how I see the thing :
1. We take a Breadboard, we put the Blue Pill in the middle.
2. We identify the circuits on the board that handle the motor, we replicate this circuit on the breadboard (using the exact same components). Making sure that we use the same pins one the dev-board's MCU as on the original MCU.
3. We implement this circuit on a brand new firmware. Once we are able to control the motor with the MCU. we can then skip to the next feature.
4. We then add the throttle support, again making sure that we use the same pins on the MCU.

At some point, we will probably also need to have more infos about the motor like the datasheet to make it spin trough software. Maybe not, I don't know if the motor is standard or not.

The goal here is to tackle to problem in a incremental manner, piece by piece, step by step, feature by feature.
We clone piece of the hardware, implement the logic in the firmware, then we move on to the next piece. Until we've replicated the hole controller.

We can then inject this new firmware into the original controller and if all goes well.... it should work ?

This way we can even get ride of the combox, and it will be a cross version working solution. no matter which version of the scooter is. Since all GEN 3 are flashable.

Do you think that could work ? Or should I stop dreaming ?

M20001 wrote: ↑
Sun May 23, 2021 6:23 pm
I dont think you have a chance to be succesful with this, as far as I know, the conversion between greenbox and ESC is secured over challenge - response, google for it if you dont know what it is. the only way would be to reflash the combox with a firmware from a older one, but I dont know how to dump and then flash the firmware of the combox.

gtramt1 wrote: ↑
Sun May 23, 2021 2:02 pm
I think greenbox is there only to communicate between esc and display &throttle and to send logic command to esc to unlock/lock

I am pretty much sure because I have (had) working old gen 3. The thing is I put lock switch on negative battery wire and someday after lock unlock sequence (by my mistake in between a second) I probably made huge spike which probably burned green box - now my scooter works only for a 30 second then throttle becomes unresponsive, display is only blinking “00”, and red light under display…

Now i ordered new esc with throttle and display from China…

Have you tried to press the throttle as soon as that 30 seconds starts do the whole rock it forward shit while lifting the front tire off ground and as soon as front tire is spinning at Max speed unplug the green box while stay holding the throttle for a few moments. I've had success with the scoot staying on until at least the battery was left to completely die. 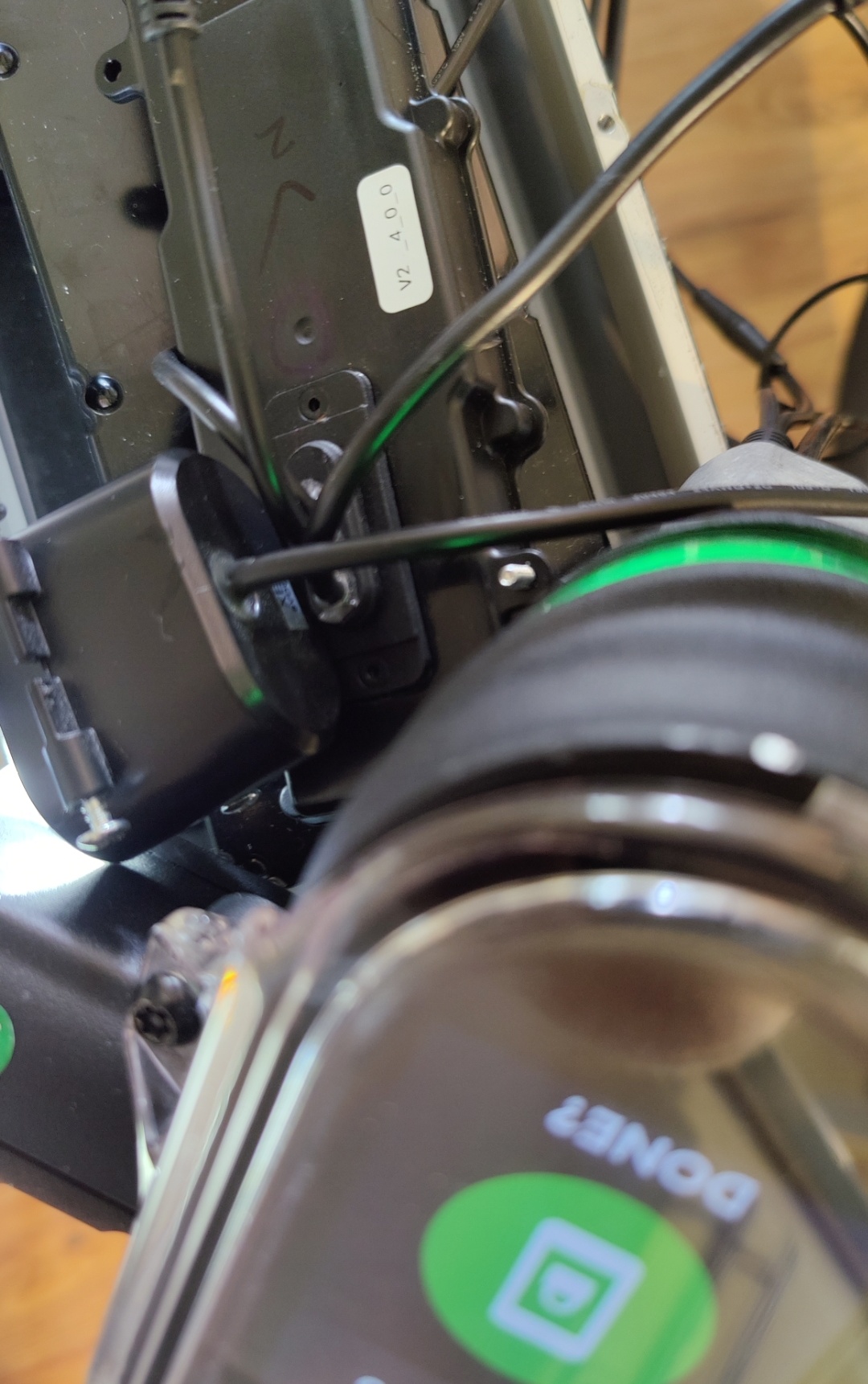 
Could you make a video or photos with a tutorial?

It will help a lot.

It works well without the small battery!! When you turn off the scooter from the main switch, the display and leds turn off. to start pressing and holding the push button until the leds light up! no need for a charger anymore!

I can also confirm that this solution works great. I actually had the switch on the minus wire between the controller and battery and that also works.


Please can you explain the hand drawing from former posts in more detailed way?
Do we need to make 2 switches/buttons (first one between controller and battery and second one on a "bridge" between battery and and controller charging cable)?
Do we need to use them simultaneously or in some combination?
Why is one switch an on/off switch, and second one is push button?
Does this solution work only to turn on the scooter or to turn it off as well? Etc.?

(edit 2)
Yes I am! I risked a bit and decided to check it in practice and see what will happen. It looks like the solution works. At least It is working for Lime-S M1.1, which is some sort of Gen3 variant (as far as i know).

I bought two parts:
1. Push button (monostable, that means it makes connection only when pushed). It goes on a "bridge" between charger-->controller cable and battery-->controller cable. It was 2 amps (like original charger amperage, but if you use 4 amps charger or 6 amps I suppose you should buy something "stronger") and 250V (much too much, because charger gives 42V).
2. Switch (bistable, that means it has two positions - on or off). It goes on battery-->controller cable. It was 10 amps (I do not know what the amperage of battery is so i wanted to have something "stronger" than 2A).

I removed bottom plate and located cables:
1. Battery-->controller cable is a thick wire with 2 pin socket. I made a small cut along it, pulled out black cable (minus), cut it and on both ends I installed electrical connectors with screws to connect bistable switch later.
Then i pulled out red cable (plus) from the cut and removed part of isolation to solder short wire that will later go to monostable button.

2. Charger-->controller cable is a thin wire with 2 pin socket. I made similar cut there, pulled out red cable (plus), removed part of its isolation and soldered second short wire that will later go to monostable button.

I drilled two holes in bottom plate. Fortunately it is made of "soft" metal. I located holes very close to the side of the scooter, approximately where the scooter stand is. That will allow button connectors to fit in a space between battery and scooter side wall (at least that is the situation with Lime-S M1.1).
I installed buttons in holes.
I soldered monostable button to short wires I mentioned before (previously soldered to battery-->controller red wire and charger-->controller red wire).
I soldered another pair of short wires to bistable switch and connected them to connectors on battery-->controller black wire.

That is all. The only issue I have with this button placement is that I am a little bit afraid that something can push or switch them off while riding, because they are on the bottom of a scooter. But I wanted them to be invisible, not only because of aesthetics, but due to security reasons (they are hidden, so the scooter is harder to steal).

Now, when I want to turn off the scooter I switch bistable switch off. I have not not removed green/black box, so the display stays on but shows red "x". Motor will not work. When I turn the switch on the display shows speedometer back and I can ride. But when I wait some time without turning it back on, the scooter will make sound and turn completely off.
To turn it back on from this state I have to switch bistable switch on, then wait a moment and then push the monostable button for a moment. And there it goes, the scooter is turning on without need to plug in the charger. By the way, if you push monostable button while scooter is on the display starts showing charging screen, so indeed, button on a "bridge" is to simulate the effect of plugging in a charger, using electricity from the battery to give impulse to the controller through charger-->controller cable.

I am not an electrician so this is my understanding of the problem. Forgive me if I explain something wrong, I hope that eventually it does not matter, because things work. At least for now

Press connect on the ST Link Utility, then IMMEDIA[…]

If your new to bldc motors and controllers I don't[…]