Covers electric scooter models whether shared or for consumers.
Reply

It didn’t really help me much because I basically gutted the IOT and the controller.

I did hang on to the existing ESC / controller though. Just looking at the components, everything is there for it to run VESC. Gate/ motor drive chip is a TI chip but it’s actually better than ones used for VESC. FETs are really good as well. Also has three current shunts. The ST MCU should work just fine.
Wouldn’t surprise me if the existing FW is based or uses parts of VESC code.
I'm half tempted to flash VESC via SWD with a St link tool. I have too much crap going on at the moment.

By M365GUY -  Sat Dec 17, 2022 6:48 pm
-  Sat Dec 17, 2022 6:48 pm #57473
That’s really interesting. I have been looking through the boards and finding data sheets on a lot of the main components. And your probably right, that would be pretty cool if we could stlink these boards. They are definitely high quality and probably not cheap at all. Just the BMS board alone was probably very expensive.
I would really like to know what Bird is having to pay for a completed scooter. I’m guessing close to 2k. 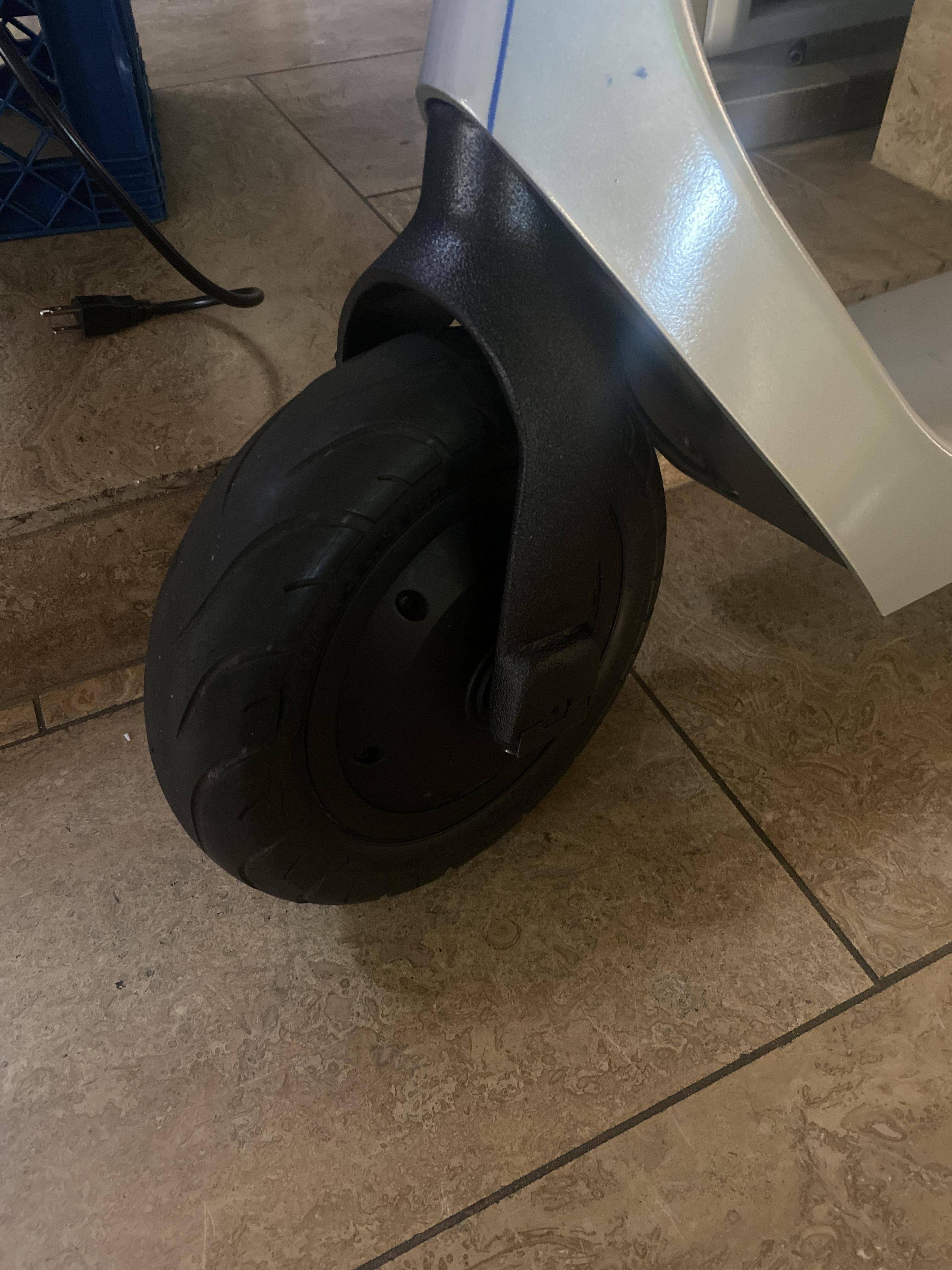 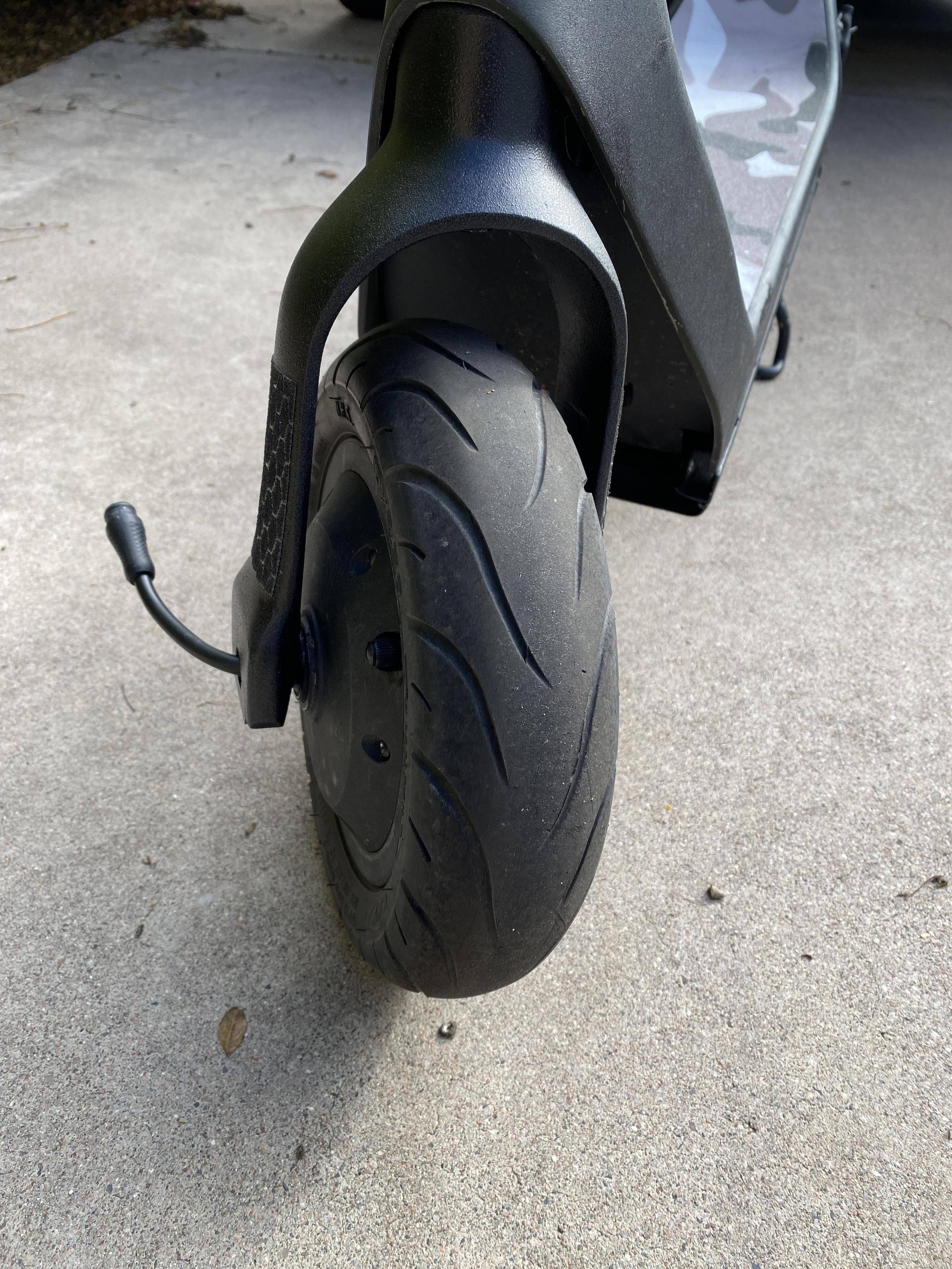 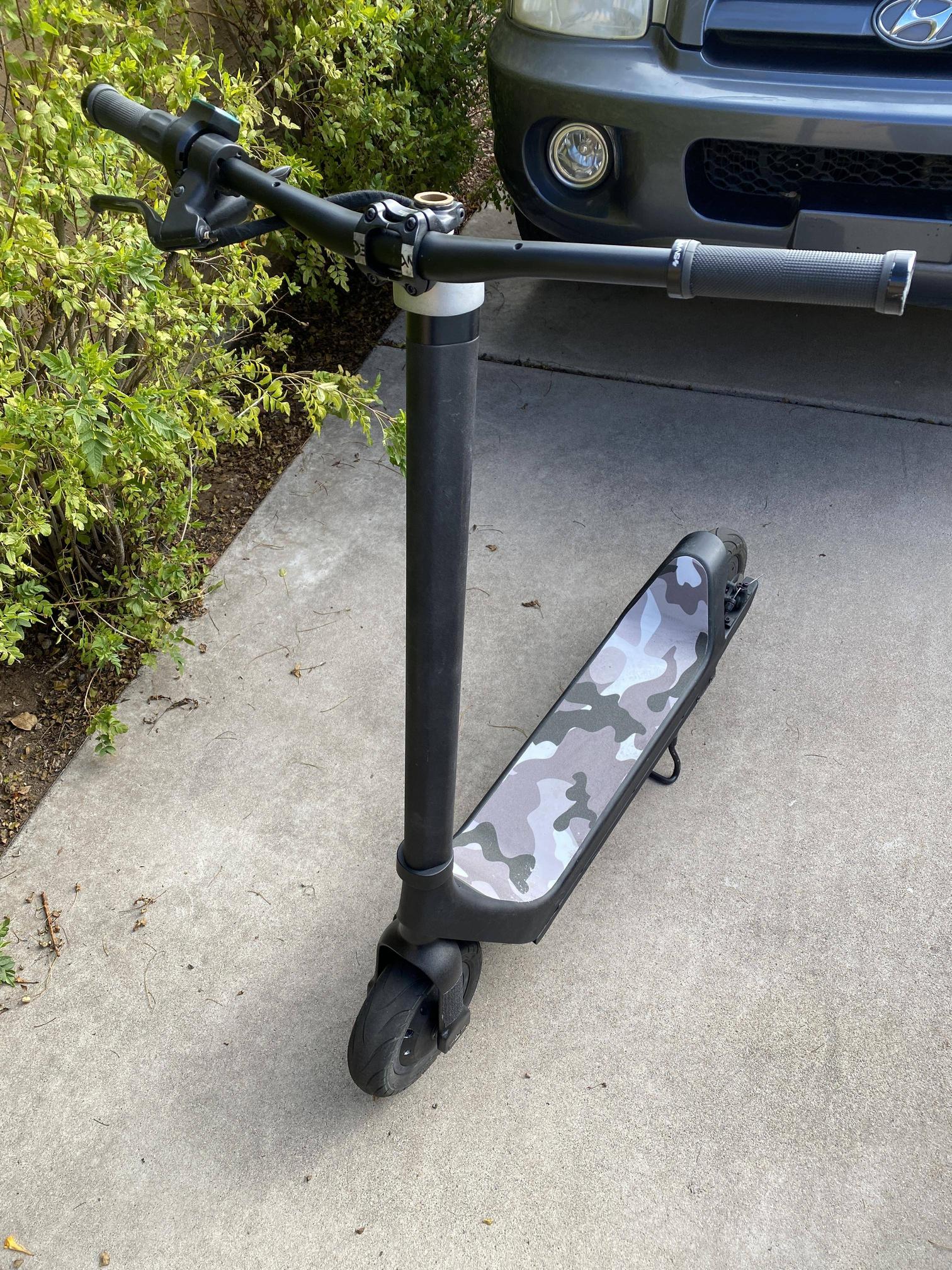 By M365GUY -  Mon Jan 16, 2023 1:23 am
-  Mon Jan 16, 2023 1:23 am #57552
To get enough space in the battery area I use aluminum angle that’s 1.5x.75 and attach it to the base plate. So you end up with a deeper base by 1.5”. Obviously you need to remove the battery case part so you just end up with a base with sides. There is enough room for a modified battery to add another 3 sections for a 16s pack. If you know how to build batteries you can easily see where you need to separate and add the sections. You obviously need to remove the BMS before you do anything and replace it with a 16s version. But doing it like that keeps a very large area for controllers and wiring. You end up with the battery on the bottom and everything else attached to the underside of the deck. Then just get longer bolts for the 4 corners and your good.
This reduces your clearance by however deep you make your base, I’m waiting on some larger tires to hopefully make up for some of the reduced space. I think I can fit 11” tires on it with little issues. You can also make your front fork longer when your adding the motor mounts so you have more space for bigger tires. Speed with fairly small 20amp controllers at 67v is about 42mph but it gets there pretty fast. Overall not bad for a pretty simple project. Just a lot of custom fab type stuff involved, but it can be done with basic tools. The only thing I think might be difficult is not having a portable bandsaw to do the cuts on the fork. You might be able to do it with a angle grinder but aluminum doesn’t like to be cut with cutoff wheels. So maybe a hacksaw would be better. 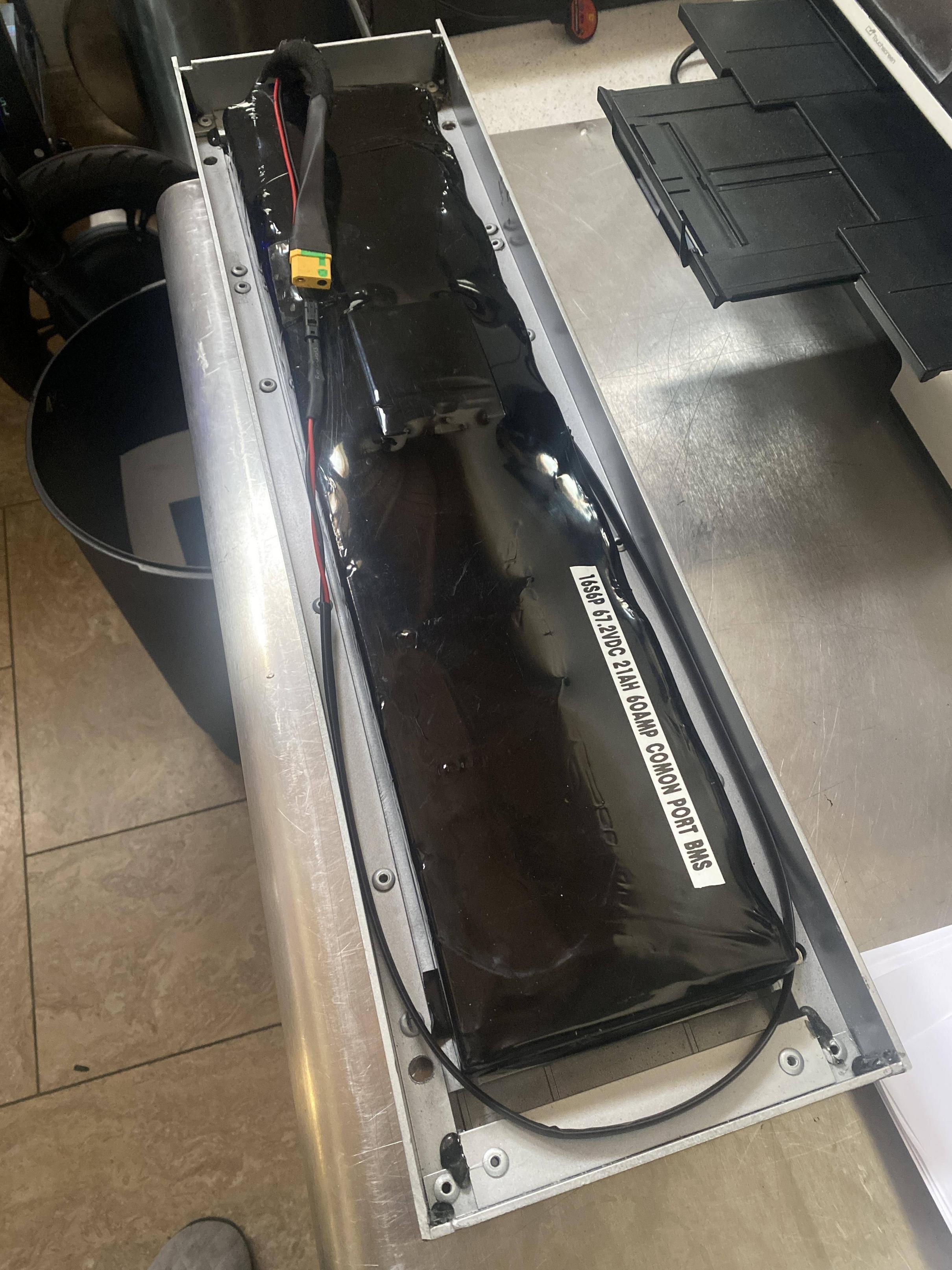 By M365GUY -  Tue Jan 17, 2023 4:17 am
-  Tue Jan 17, 2023 4:17 am #57557
I also recently built a adapter so I can use a mtn bike stem and handlebars on the B2/3 scooter.
It’s nice to ditch those ultra narrow stock straight bars. Helps stabilize everything when going fast. Still not the best handling high speed scooter but it’s definitely very solid. I really want to design a long travel suspension system with 4-6” of travel. I’m imagining riding off a 3-4’ tall drop and having the suspension to not be a big deal.
Will see if I ever get around to it.. 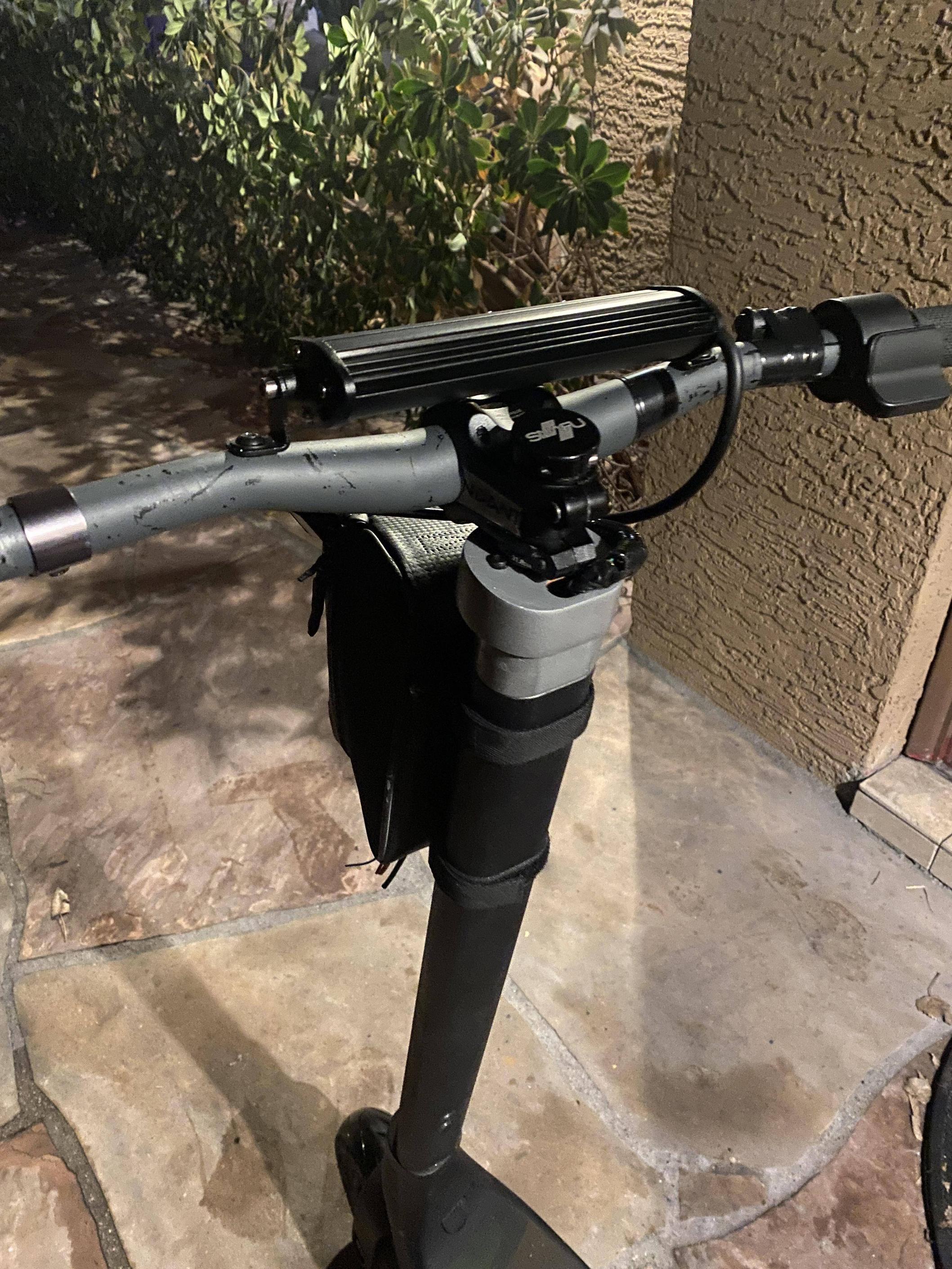 By M365GUY -  Tue Jan 17, 2023 4:34 am
-  Tue Jan 17, 2023 4:34 am #57558
Hay how many amps do you think it took to burn up your motor? And those motors have temp sensors installed opposite the hall sensors, although I have never been able to get them to work, haven’t had many opportunities to do so either.
Hopefully your unity vesc can read the temp going forward so you don’t overheat any more motors.
And are you going to rewind that stator by hand ?
I think it’s 11 strands with 9 turns per tooth..or 7.. don’t remember exactly but I have a notebook around here somewhere with all that info in there.

I would like to know what you think these motors can handle as far as amps/voltage before we need to worry about to much heat. I know that’s a loaded question because there are so many other individual factors but just curious what you think is a safe level and a pushing the line level.
I thought a safe voltage/current would be about 60v 45-50 battery amps. But that’s not based on any actual data, just my opinion based on experience.
Happy there are others working on pushing the limits with these things.. definitely interesting!

Drill hole and solder jumper ? Do you mean solde[…]

Hi All, Just wondering If ya all got any teardown,[…]

Alright mate could you be abill to do that bypass […]

I got the battery out of the casings, and I didn't[…]